7 Things You Didn’t Know About Adware

The internet has a long history of software that is installed on your computer without your knowledge or consent, but Adware is the most common type today. Unlike software that is installed accidentally or unbeknownst to the user, Adware is installed with the explicit purpose of generating revenue for the creator. Adware typically gets into your computer via bundled software, whether that be a software download or a game download, but Adware can also be installed by exploiting security flaws. In this article, we’ll take a look at seven things you didn’t know about Adware.

Adware started out as a legitimate revenue source for struggling developers who wanted to make easy money. In the early days of computers, Adware was a way to support your favorite programs. The first adware programs were used to monetize free software in magazines, while others were bundled in with commercial programs. Adware proliferated in the early days of the internet as developers experimented with new ways to generate revenue from their work. Although Adware is still used for this purpose, it is more commonly used to display ads in Web browsers and on social media websites such as Facebook and Twitter.

Adware Problems Are Actually Easier To Handle Than You Think

Adware Comes In All Different Shaped And Sizes, Not Just One

The adware landscape is as diverse as it is dangerous. We’ve seen it all: fake security alerts, browser hijackers, and even offline infections. With the exception of one-off cases, these varied forms of Adware often spread together since they’re often bundled with free software and come from the same sources. Normally, Adware only affects your web browser, but Adware can also be used to change your home page, redirect your internet searches, slow down your computer, and encrypt your files.

Without Knowing It, You May End Up Downloading Adware

Adware has found a new way to deliver targeted ads to you while you browse the web: Web browser extensions. While providers of browser extensions can make a lot of money by delivering ads, ordinary users shouldn’t have to suffer. Fortunately, Google has implemented a new program to help you identify extensions that may be Adware and remove them from your browser. Furthermore, you can always install a VPN application on your system to alert you when any malicious files are accidentally downloaded. However, you might consider looking at VPN comparisons such as wireguard vs openvpn or similar evaluations before purchasing one.

Adware can also go after Macs

It might come as a surprise to some, but yes, your Mac can get Adware. Macs are just as susceptible to malware and Adware as Windows PCs are. This is especially surprising because Mac OS X is based on Unix, like Linux, and is therefore technically impervious to Windows viruses.

The key difference lies in how malware on Mac vs. Windows is distributed. While Windows users have grown accustomed to installing programs from CDs and the Internet, Mac users are by and large accustomed to downloading software from the Mac App Store.

Marketing Both on and Offline

Why Marketing Is More Than SEO 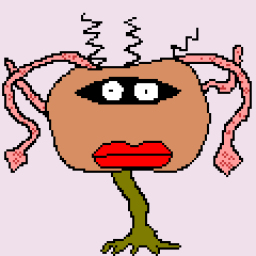